The speakers presented the following four papers at the “Effie Gray” film symposium (click on paper to read):

Effie Gray: the complexity of love

The film’s portrayal of Ruskin’s mother in relation to his father, her son and her daughter-in-law, graphically evokes the consequences of a ‘mother complex’ that are at the root of his cold and cruel responses to Effie.  In this talk Judith Woodhead reveals the emotionally harrowing patterns of such parental complexes, seen within the shadow side of John Ruskin’s passion for the Ideal.

Afraid to be Father

In this talk the archetype of father will be described and the withering consequences of its unconscious betrayal. The father, who manipulates the son to be an extension of his own ambition, frustrates and interrupts the potential of both the son and his new partner. The father, who does not defend his son’s individuation against the paralysing control of mother, betrays his own role of guiding the son into maturity and expected parenthood. In turn, it is the inevitable fate of the father to be ‘killed off’ by the gathering power and potency of his son. When this symbolic arena is denied then a mortal combat may have to be resolved, but through others and with deadly results. In this film we see a son who feels that he is a constant disappointment to his parents. He battles against inadequacy and finds solace in fantasy. In reality he bears the fears and fantasies of his parents. This servitude must be abandoned if his personal spirit is to survive.

Confronting the ugliness of beauty: why marrying your muse is not a good idea!

Passionately devoted to the idea that art should faithfully “go to Nature in all singleness of heart… rejecting nothing, selecting nothing, scorning nothing“, Ruskin failed to apply this ideal to his own emotional life – with disastrous results!   What was happening psychologically when Ruskin fell in love with, and proposed to, Effie Gray?   And how was it that Effie acquired the strength to defy public morality and break free from the Victorian prison in which she found herself trapped?   In this talk, Matthew Harwood examines both sides of the relationship from the perspective of a Jungian Analyst – exploring the projections which each party makes upon the other in the light of Jung’s concepts of ‘anima’ and ‘animus.’ 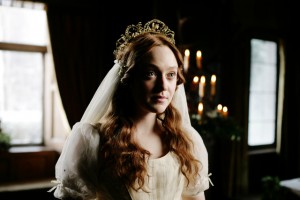 In Victorian England, marriage was not the romantic fairytale depicted in novels of the time. Victorian women, not being formally educated, had few options as adults and fewer rights; marriage therefore offered a woman financial and social security but psycho-sexual development was scarcely expected nor even thought about. In this talk, Graham Fuller explores the marriage of Effie Gray and John Ruskin through the lens of Jung’s Marriage as a psychological relationship.