Effie Gray: Innocence, Betrayal and the Strivings of the Soul 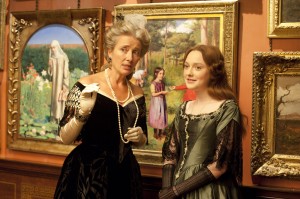 With its star-studded cast, Emma Thompson’s screenplay about the relationship between Effie Gray and John Ruskin is due to be released in the UK in 2014.

Starring Julie Walters, Derek Jacobi, David Suchet, Dakota Fanning, Robbie Coltrane, Tom Sturridge, Greg Wise, James Fox, Claudia Cardinale and Emma Thompson herself, the film is a subtle but disturbing portrayal of developmental trauma, the failure of a man to follow the promptings of his anima and the rite of passage of a young woman.

Produced by Donald Rosenfeld, formerly of Merchant Ivory (Howards End, Remains of the Day), and more recently winner of the Palme d’Or for Terrence Malik’s film The Tree of Life (starring Brad Pitt, Sean Penn and Jessica Chastain), the film is exquisitely shot.

This unique event will bring together the worlds of psychoanalysis and film. Donald Rosenfeld will be engaging with psychoanalysts on a number of the themes so elegantly portrayed in the film.

The event will include a viewing of the film, buffet lunch at Gin Joint by Searcys and an opportunity to meet Donald Rosenfeld and his co-producer Andreas Roald.

Tickets on sale from the Barbican Centre 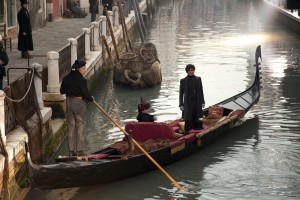 All photos from the film are copyright David Levinthal 2013