CATHERINE COX (Chair) is a senior Jungian Analyst in private practice in the City of London. Having trained in theology and law, she now specialises in trauma (including developmental trauma). She has a particular interest in integrating developments in the field of neuroscience through Sensorimotor Psychotherapy and EMDR.

counsellor and has been in private practice in London as a Jungian Analyst and Group Analyst since 1980. She has published and lectured on a number of psychoanalytic topics. She is passionate about film and collects Victorian watercolours as well as contemporary British art.

MATTHEW HARWOOD (Speaker) is a Jungian Analyst practising in Bath & Bristol.   Previously a barrister specialising in criminal law, he completed his training in analytical psychology at the CG Jung Institute in Zürich in 1996.  He is a senior (training) analyst with the Independent Group of Analytical Psychologists (IGAP) and the Guild of Analytical Psychology (GAP).  He runs regular dream groups & has lectured widely in the UK & overseas.   He is also a qualified Pesso Boyden Group Psychotherapist.

MARTIN KNOPS (Speaker) has his practice as a Jungian analyst in a small village north of Oxford. After a career in broadcasting and teaching he has for the past 27 years been the therapist  for Oxfam staff working internationally in humanitarian emergencies. He is the coordinator for the Guild of Analytical Psychologists (GAP) and also lectures and takes seminars in Oxford where he was involved with Ruskin College.

DONALD ROSENFELD,  (Producer of Effie Gray) was President of Merchant Ivory for 11 years during which he made Howards End and The Remains of The Day. More recently he has been acclaimed for Anton Chekhov’s The Duel. His film The Tree Of Life, with Terrence Malick and Brad Pitt, won the Palme d’Or in 2011 and received three Oscar nominations.

JUDITH WOODHEAD (Speaker)  is a senior Jungian psychoanalyst from the Society of Analytical Psychology, London and has a private practice in Bedford. Until recent retirement Judith worked as consultant parent-infant psychotherapist at the Anna Freud Centre, London, specialising in therapeutic work with babies and their parent(s). This experience developed her understanding and knowledge of the impact of infant and childhood trauma over the whole span of life. Judith has led infant observation seminars and writes, supervises, teaches, and lectures in the UK and internationally. 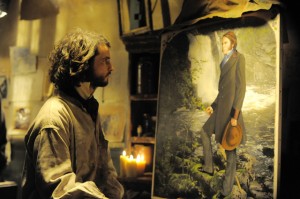